Comedian Tom Cotter has taken the comedy scene by storm since finishing as runner-up and becoming the Breakout Star from Season 7’s "America's Got Talent." He lost to a dog act, but don’t hold that against him; Tom was the first comedian ever to be a finalist on the show and was the highest finishing human being on the show that year.

In August 2013, AGT asked Tom back to perform as a special guest star (along with Train) and then again to host “The Season 8 AGT Snapple Viewing Party.”

In January 2019 Tom was again invited back to the AGT stage - this time to perform against the best of the best “Got Talent” performers from other years and around the world in “America’s Got Talent: The Champions.” In one the most talked about sets of the entire competition, Tom received a STANDING OVATION from the adoring crowd.

You can find Tom headlining all of America's most famous comedy clubs including: The Comedy Cellar, The Improv and Caroline's On Broadway just to name a few. Tom has also been featured at the Montreal "Just For Laughs" Festival, the HBO Comedy Arts Festival and headlining "America's Got Talent Live" show at the Palazzo, Las Vegas. And recently, Tom was on the dais and took part in the Friars Club Roast of Boomer Esiason at the Waldorf Astoria in New York City. Tom is also a regular on Fox News Channel and co-starred on an episode of CBS’ “The Good Wife.”

In addition, Tom has performed in a wide variety of venues from Alaska to China. His appeal is truly international as he was summoned to London to tour and perform on British Television, and won The Seattle International Stand-Up Comedy Competition and Boston Comedy Festival as The Boston Herald noted “winning by the largest margin of victory in the history of the event.”

Tom came out with his first book, “Bad Dad: A Guide to Pitiful Parenting” (Willow Street Press) in February, 2016 which is a collection of jokes, gags, one-liners and pithy bad advice for fed-up parents everywhere. It is this kind of versatility has allowed Tom to excel in other areas of showbiz as well. So whether it be comedy, voice-overs, or acting, Tom Cotter gives it everything he's got. "If laughter is the best medicine, I yearn to be drugged." 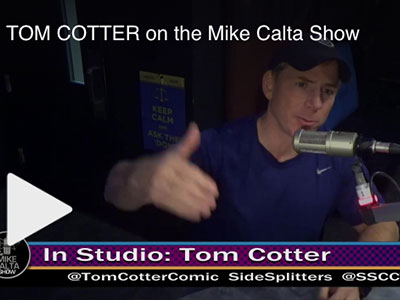 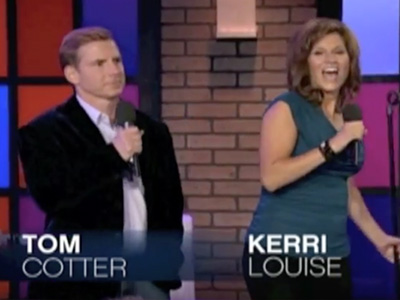 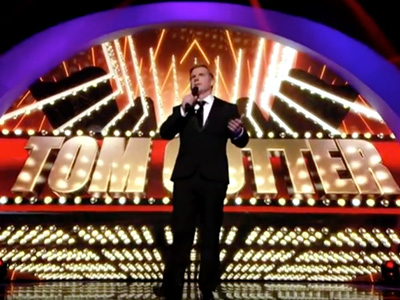 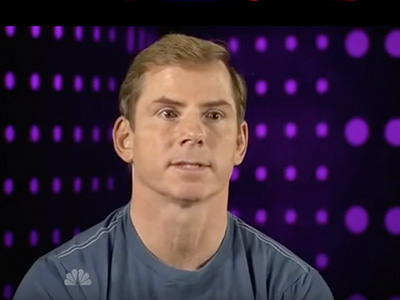 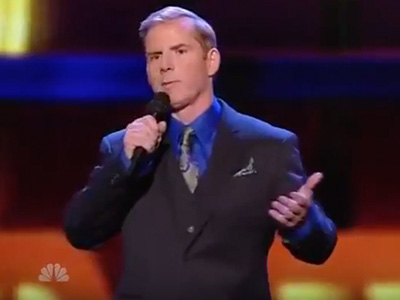 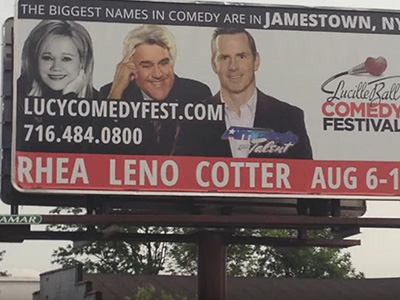 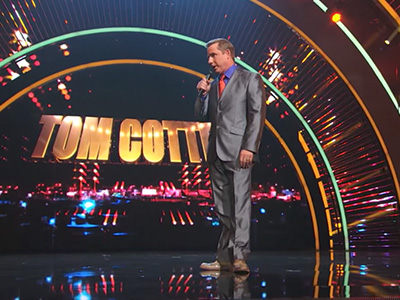 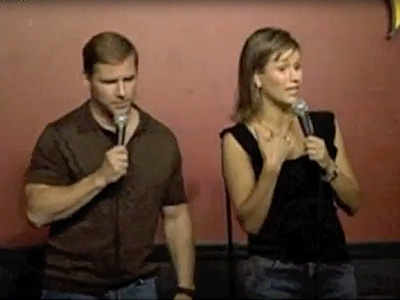 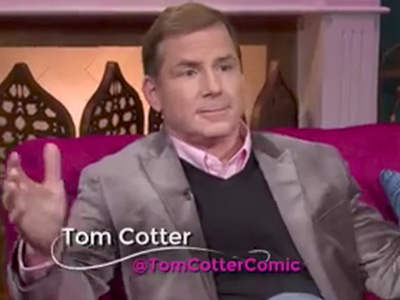 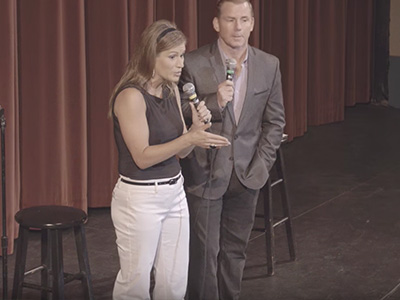 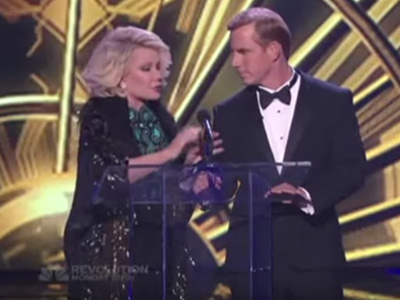 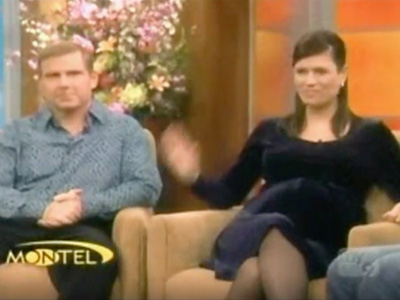 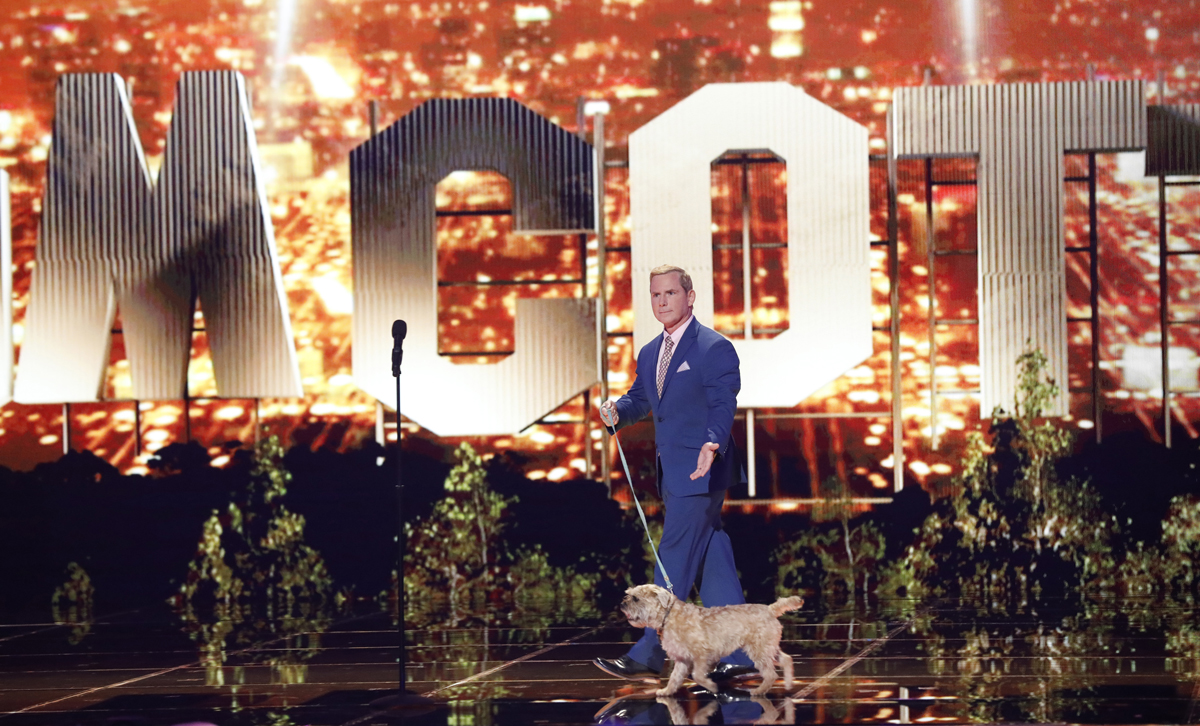 “Comedian Tom Cotter reflects on life after 'America's Got Talent'”

Heading into Tuesday night's semifinal on America's Got Talent, we found ourselves wondering whether the countless rounds of eliminations that had preceded it served a greater purpose. Was the talent now truly top-notch? Had..

When in NYC, you can regularly catch Tom performing at The Comedy Cellar, which is located on 117 MacDougal Street (between W 3rd St and Minetta Lane).
Tom's other upcoming events include: (see all of them on Facebook)

“Pleasure to Work With You!”
I want to personally thank you for emceeing the recognition dinner at State Farm Western Market Area Senior VP Club Event. We were fortunate to have you back for a 2nd year, and judging by the agents' comments, your balance of humor & professionalism was a big hit. It was a pleasure working with you. - Tom.

“Best Ever!”
Hi Tom! Wanted to pass along so many compliments about your show Tuesday. Marathon's CEO today said he loved your act. Many called it best ever! FYI.

“Great Performance!”
Just wanted to say thanks again for a great performance and your graciousness during the meet & greet. altered image

“Amazing!”
Thanks for a side-splitting show in Philadelphia this weekend! You were amazing and can't wait to bring you back again!

“Great to work with!”
Thank you so much for suggesting Tom Cotter to perform at our Annual Awards Banquet...Cotter was great to work with and very conscience of my worries and our entertainment needs. He did a fantastic job of reading the crowd to change his material and adjust his style to fit all of us.

“We loved you!”
I'm sure you "got it" by now that we, well... loved you! Thank you so much for not only taking the time to do this for us, but for doing it so damn well.

“Marvelous show!”
Thank you for the marvelous show you performed for us. Everyone loved your performance... May God Bless your every joke, and endeavor!

“Awesome!”
Hi Tom, Just wanted to say hello, and thanks for such a great show last Friday. I told everyone how AWESOME you were. Also, if you have an email group to Cleveland fans that you send out letting them know when you will be in town, please add me to that list. I’d love to see your act again!